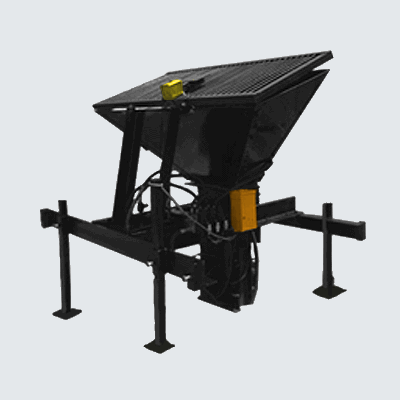 The CEB Press is a high performance machine for producing Compressed Earth Blocks (CEB) from onsite soil, at production rates of up to 10 bricks per minute. We are currently working on Prototype 6, the Beddingfield Edition.

We are currently taking our documentation the last mile on the Brick Press – which is the first machine in the GVCS that we started developing. We aim to set a standard for documentation – to allow for viral replicability. This means simplified sourcing, final improvements, complete digital fabrication files for a fab shop to build, and language-agnostic instructionals that anyone can use to put the machine together. The machine is designed for digital fabrication using primarily a CNC Torch Table, such that all parts can be cut automatically within about an hour.

The main upgrades for Version 6 include taking the Arduino controller the last mile – where full circuit schematics and files will be released for our existing pressure sensor-based system. This will allow for ready sourcing of this controller from professional circuit fabricators. In Version 6 or later, OSE will also provide a version that can be milled with a CNC Circuit Mill, suited more for experimentation. If time allows with Version 6 (Immersion Workshop scheduled for April 25, 2014), we will also build a wireless controller, based on the Lasersaur Project‘s Beagle Bone Black controller.

On the mechanical front, Version 6 will include a redesigned roller guide system for the soil-loading drawer, which will include 3D printed parts. Unversity of Minnesota students will be building this new drawer design on March 4, 2014.

The CEB Press can be the backbone of construction wherever clayey soil is available. We will be experimenting with compressed wet biomass bricks or biomass with binder – to produce insulating, semistructural block.