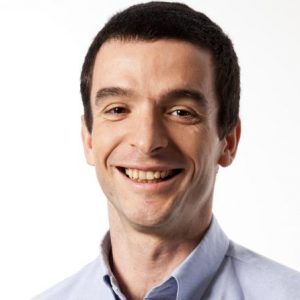 Marcin Jakubowski is the founder of Open Source Ecology, an open collaborative of engineers, producers, and builders developing the Global Village Construction Set (GVCS). The GVCS is a set of 50 most important machines that it takes for modern life to exist – everything from a tractor, to an oven, to a circuit maker. Marcin and his team are producing open source blueprints – so that anyone can build and maintain machines at a fraction of what it costs today. His goal is to create a life size LEGO set of powerful, self-replicating production tools – that can decentralized production – to build modern prosperity in local economies. He imagines the raw power this gives to people – to tap autonomy, mastery, and purpose – towards rebuilding their communities and solving wicked problems. Marcin believes that true freedom – the most essential type of freedom – starts with peoples’ individual ability to use natural resources to free themselves from material constraints – to unleash human potential.

He founded Open Source Ecology in 2003 in order to make closed-loop manufacturing a reality. The mission of Open Source Ecology is to create a collaborative economic platform that optimizes development, production, and distribution – via open source collaboration – to accelerate innovation to unprecedented levels. These ideas are being tested at the Factor e Farm (e as in the mathematical constant) in rural Missouri.

Marcin was recognized on the Enrich List, has been called an Innovation Stuntman, a Disruptive Hero, and gained the distinctions of a 2012 TED Senior Fellow, a 2013 Shuttleworth Foundation Fellow, and a 2013 White House Champion of Change. The Global Village Construction Set was recognized in Time Magazine’s Best Inventions of 2012.

He came to the U.S. from Poland as a child. He graduated with honors from Princeton University and earned his Ph.D. in fusion physics from the University of Wisconsin. After receiving formal education, he found himself useless in solving wicked problems, and started a farm in rural Missouri – which was to become the birthplace of the GVCS.

See our Board of Directors on the wiki.

Seoul Digital Forum 2013 – Open Source and Beyond: Towards an Economy of ‘Meaning’