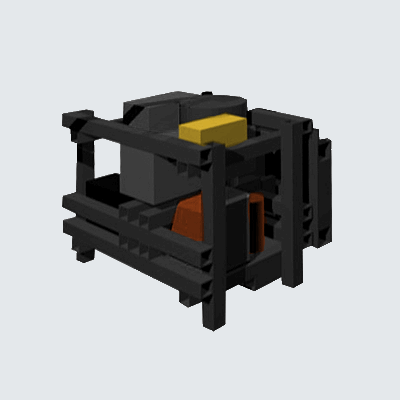 
The Power Cube is a multipurpose, self-contained, hydraulic power unit that consists of an engine coupled to a hydraulic pump.
Dashboard
(+)
Details and Development Direction

See Power Cube Genealogy for development history. The official stable release as of early 2014 is v12.11 (November 2012) – is Prototype 7. This features a 1/4″x2″ angle frame, contains a 27 hp gasoline engine, and a 1 cubic inch hydraulic pump with a 3/4″ splined shaft. This version, with its modularized components – is optimized for production in under 1 day with 8 people.

In 2014, we will begin using a single-cylinder diesel engine of 33 hp as a new version of the Power Cube. We are currently working on sourcing these engines, and we intend to build these engines from scratch in the future as part of the Piston Engine Construction Set. Read more about how the LifeTrac relates to the Power Cubes.